The People of Saint Lucia 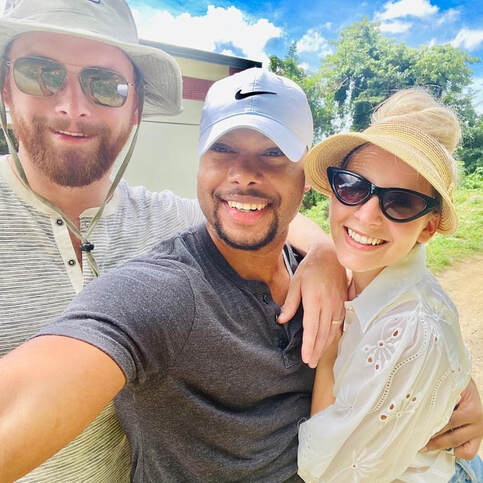 People of Saint Lucia
​St Lucia is a Caribbean island known for its rich culture and friendly people. The island has a diverse population, with a mix of African, Indian, and European heritage. The people of St. Lucia have a strong sense of community, and visitors will often find themselves welcomed with open arms.

The island's official language is English, although many people also speak a Creole dialect known as Kwéyòl. This Creole language combines elements of French, English, and African languages, and it's an important part of the island's culture and heritage.

The majority of the population is of African descent, with a smaller Indian and European minority. The Afro-Caribbean culture is a mix of West and Central African, French, and English influences. The people have a strong connection to their ancestors, and many customs and traditions have been passed down through the generations.

One of the most notable customs is the traditional drumming and dance, known as "kweyol". This is an important aspect of the island's culture and is often performed at festivals and celebrations. Visitors can also see this traditional dance performances in some hotels and resorts.

The people of St Lucia are also known for their friendliness and hospitality. Visitors will often find themselves welcomed with open arms and may be invited to share a meal or drink with locals. The island's strong sense of community means that visitors are often treated like family, and are made to feel right at home.

The island has a vibrant and active community, with many organizations, churches, and schools. Many of these institutions offer community services and are key to keeping St. Lucian culture alive, such as the many annual festivals, events, and fairs that take place on the island. One of the most popular is the Saint Lucia Jazz Festival, which attracts music lovers from around the world.

St. Lucia's economy has traditionally been based on agriculture, particularly sugarcane and bananas, but more recently the island has been focusing on tourism as a main economic driver. Many St. Lucians work in the tourism industry, either in hotels, restaurants, or as tour guides.

In addition, St. Lucia has also developed an impressive medical tourism sector. The island boasts several medical facilities staffed by professionals trained in North America and Europe, who are providing treatments such as plastic surgery, dental care, and even cancer treatments at affordable prices.

Overall, the people of St. Lucia are an integral part of the island's charm and appeal. Their strong sense of community, warm hospitality, and vibrant culture make the island a welcoming and memorable destination for visitors. From their drumming and dancing, to the warm welcomes of the locals, visitors to the island will find themselves enveloped in the culture and traditions that make St. Lucia unique.